Ganryujima has been described as a new MMA event, but strictly speaking, what we are aiming for is a completely new genre: a “BUDO event”.

We explained our concepts at the founding conference when we started.

1. The reason why we “Focus on stand-up striking, and pursue the world’s best striking martial arts” is that we would like to create a competition which is more like a real fight. As everyone has already noticed, ground fighting is rare in real fights.

Kuramoto Nariharu, Martial arts master, said “In a no-rule fight, you can’t use groundwork techniques because of the risk of being bitten.” It is too risky in a fight with multiple people. As soon as you use groundwork techniques, your back will become defenseless against a second attacker. Masashi Yokoyama, Super Self-defense KOROHO Grand Master, says “In a hand-to-hand combat on a battle field, using groundwork techniques is suicidal.” The rule of Judo’s 30 second “Osaekomi” was made assuming this.

In other words, MMA, which Gracie Jiu-Jitsu presented and spread around the world, has an image of the strongest and ultimate rule, but it only works in a fair and square duel. In a real fight, you have to beat your opponent in standing position. And in there, “striking” “throwing” “pushing out” are essential ways to attack.

2.  Since the beginning of martial arts the one question that has always been asked is if one style of fighting will dominate others. It is great to become the “world’s best” in the games like Judo and Karate. However, if that great Judo wrestler easily looses to a Karate-ka or a Kickboxer, you can’t call it a BUDO. If choosing the best within rules is called sports, “BUDO” is something that pursues “BUJUTSU” which assumes a wide range of real fights. Additionally, BUDO originally required training to win through different fighting style competitions.

Ganryujima aims to make rules of “BUJUTSU” as fairly as possible for all worldwide contact sport contestants from different fighting styles to increase their techniques and spirit through competitions.

As you see, the reason Ganryujima “Focus on stand up striking, and pursues the world’s best striking martial arts” and tries to realize a “Fair competition for different style fighting” is that we stick to “BUJUTSU”. By being conscious of BUJUTSU as much as possible and setting the minimum rules, we will make it a competition and develop the techniques and consciousness.

In this sense, what Ganryujima is trying to do is to deny the image of MMA, which the Gracie’s presented, and to go beyond it .

So what is the difference between “BUDO” and “BUJUTSU”? Generally speaking, the spiritual side of training based on BUJUTSU is called “BUDO”. It is clear that “BUJUTSU” is an art of self -defense but also used to beat and kill your opponent. So without developing your spirit, you can’t survive and also the techniques could be abused.

Well then, how would we realize “BUDO” in the competitions of Ganryujima?

We think the answer is to stick thoroughly to an “honorable fight” as a BUDO.

In the first place, “BUJUTSU” is about real fighting. It doesn’t start with a referee call. There are no “fouls” nor “prohibited moves”. Obviously, body weight is not an issue in a real fight. Unlike sports, fighting in an unequal situation is natural for BUJUTSU. Even making an unequal situation to win is the essence of BUJUTSU. Imagine that you are in a situation that you have to fight an opponent who weighs twice as much as you. There is no way to win fairly. To win in this case, you should launch a surprise attack, or use “prohibited moves” like eye poking and groin attacks. Thinking of other unfair or dirty techniques to beat opponent in an unfair situation is the way of BUJUTSU. Sometimes “acting in a cowardly way” is the essence of BUJUTSU.

However, in spite of the way of BUJUTSU, an honorable fight in the philosophy of BUSHIDO (way of the samurai) was still required. Ultimately this leads to the “view of life and death” as a samurai.

Ganryujima aims to make BUJUTSU a competition, so as expected, it has to have rules and start with a referee call. We recognize that there are limits for making BUJUTSU a competition. Without rules or with a huge difference in body weight between your opponents, trying to win honorably is the spirit of BUDO. Just to prove their strength like exchanging blows by monsters is not enough. We want to pursue something beyond that.

In short, the concept of “Ganryujima” is an intention of BUJUTSU. In addition, fighters with a spirit to show a honorable fight = BUDO, will prove a crucial difference between our events and other martial art events. So, will the fighters understand this concept………?

Only the fighters understanding this concept, are real samurai warriors, who Ganryujima demands. We hope you will understand why we stick to different fighting style competitions in standing position, wearing a Gi , on a circular stage which gives a fighter the risk of losing by falling out of the circle.

All is because “Ganryujima” is trying to realize a different  fighting style competition. Of course there is a limit and contradiction making BUJUTSU and BUDO a competition and sport entertainment. We continue to have more and more discussions with our fans to evolve our events. 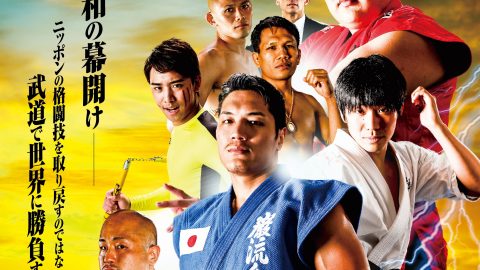 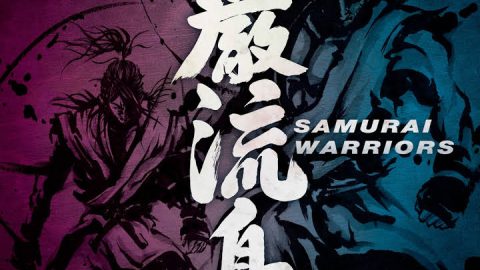